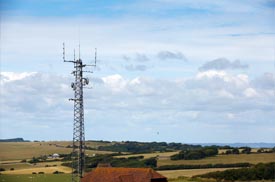 Corporations that pay illegal kickbacks and bribes to government officials and former government officials in exchange for contracts including large building projects can be brought to justice and made to pay large penalties under the Foreign Corrupt Practices Act and whistleblowers that bring these corporations to justice may be able to collect large economic rewards under the Securities Exchange Act (SEC Whistleblower Bounty Actions) and the Commodity Exchange Act (CFTC Whisteblower Bounty Actions).

Moscow-based Mobile TeleSystems PJSC (MTS), the largest mobile telecommunications company in Russia and an issuer of publicly traded securities in the United States, and its wholly owned Uzbek subsidiary, KOLORIT DIZAYN INK LLC (KOLORIT), have entered into resolutions with the Department of Justice and Securities and Exchange Commission (SEC) and agreed to pay a combined total penalty of $850 million to resolve charges arising out of a scheme to pay bribes in Uzbekistan. In addition, charges were unsealed today against a former Uzbek official who is the daughter of the former president of Uzbekistan and against the former CEO of Uzdunrobita LLC, another MTS subsidiary, for their participation in a bribery and money laundering scheme involving more than $865 million in bribes from MTS, VimpelCom Limited (now VEON) and Telia Company AB (Telia) to the former Uzbek official in order to secure her assistance in entering and maintaining their business operations in Uzbekistans telecommunications market.

Amsterdam-based VimpelCom Limited, the worlds sixth-largest telecommunications company and an issuer of publicly traded securities in the United States, and its wholly owned Uzbek subsidiary, Unitel LLC, entered into resolutions with the Department of Justice today in which they admitted to a conspiracy to make more than $114 million in bribery payments to a government official in Uzbekistan between 2006 and 2012 to enable them to enter and continue operating in the Uzbek telecommunications market. In a related action, the department also filed a civil complaint today seeking the forfeiture of more than $550 million held in Swiss bank accounts, which constitute bribe payments made by VimpelCom and two separate telecommunications companies, or funds involved in the laundering of those payments, to the Uzbek official. The forfeiture complaint follows an earlier civil complaint filed on June 29, 2015, which seeks forfeiture of more than $300 million in bank and investment accounts held in Belgium, Luxembourg and Ireland that also constitute funds traceable to bribes, or funds involved in the laundering of the bribes, paid by VimpelCom and another telecommunications company to the same Uzbek official.

Under the Foreign Corrupt Practices Act and the new SEC Whistleblower Incentive Program, whistleblowers with original and specialized knowledge and evidence of corporate bribery and illegal kickbacks are eligible to recover large economic awards. By gathering this evidence and going through a lawyer, these whistleblowers can protect their identity through the process and potential collect large rewards of 10% to 30% of the monetary sanctions including disgorged funds. If you are aware of an illegal bribe or illegal kickback that was used to secure a large contract, please feel free to contact International Business Illegal Kickback and Bribery Whistleblower Lawyer Jason Coomer via e-mail message or use our submission form about a potential SEC Whistleblower Incentive Program Action or other Whistleblower Bounty Action.

If you are the original source with special knowledge of fraud and are interested in learning more about an International Business illegal kickback, SEC violation, FCPA violation, or bribe whistleblower recovery lawsuit, please feel free to contact International Contract Illegal Kickback and Bribery Whistleblower Lawyer Jason Coomer via e-mail message or use our submission form about a potential SEC Whistleblower Incentive Program Action, Whistleblower Recovery Lawsuit, or other Whistleblower Bounty Action.